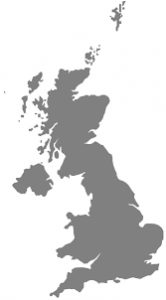 Using digital channels to acquire new customers in the UK has never been more vital than today – and Worldacquire‘s team has seen it coming for years.

The UK has always embraced digital innovation, from the very first universal computers that came into operation at Manchester University in June 1948 to the development of the World Wide Web by Sir Tim Berners-Lee, a British computer scientist.

Today the country is the digital economy leader in Europe considering the tech investments, talents and skills and digital collaboration. According to Tech City UK, the turnover of the UK digital tech industries was estimated at £170 billion in 2015. This is a growth rate of 22% (or £30 billion) in 5 years. And the GVA (Economic Contribution) of the digital tech sector reached £97 billion with a growth rate of 30%.

Its rate of internet accessibility is very high: with a population of 65.6 million, 88% of adults had used the internet in 2016.

The UK Government realises the country’s potential in the internet economy and hence released a digital plan in March 2017. The strategy focuses on:

Despite the Brexit situation, the Boston Consulting Group (BCG) published its report in January 2017 arguing that with a clear strategy, the UK can be among the leaders of the fourth (or digital) industrial revolution.